Concerning eighty percent of popular literature today: congratulations, the chore of a life you mimetically transcribed towed along my interest. Now that us post-1800s folk mastered naturalism, vulgarized it, in fact (Norris to Hemingway, and congrats again), past the ultra-readable modernist jump cut (to compete with cinema) and the post-modern meta text (cut word lines, to compete with the oncoming internet), now that we shook every rigid stance off the stylized sublime of yore with a little raw fuck rhythm and cyber self-awareness (circumvented by Lish, perhaps fresh off a cuckolding from the beats, distilling minimalist modernist technique to an updated editorial shanking in favor of the signified line, an MMA rebirth of one more meaning, epic literary revenge against the merry pranksters, Muay Thai, in effect, dismantling fancy Aikido) – those few with a mind toward risk, an indifference to humiliation, and the gumption to masquerade, not to mimic, who then switch mimic beyond myth, pointillistically stripping and disrupting all myth into a thousandth of a sentence, can bow before the spectacle of such effort, rendering itself as trauma, a titration for the anomic marvel of the accident, strained through a discipline, an add-on tradition, a patchwork lacunae honed into a narrative, like Akira and Tetsuo (as a style, not just the technical influence of Gibson) meets Giorgio De Maria with a blended, but leaning preference for Gongora’s auxesis over De Quevedo’s meiosis – all of this displayed beautifully in Germán Sierra’s expert work The Artifact. An inspired style (akin to the roving online series Marble Hornets in this regard) wherein the eclecticism of its breadth allows for others to paint with its colors in homage, beyond the possibility of any etiological constraint, a syncretism beyond the millennial snapshot of one’s breakfast, the present moment as a symptom of superimposed memories, the third eye made to tap dance, gradations of thrust. ‘New’ is a word for marketing departments, but this car does smell nice. –Sean Kilpatrick

The day after Neo-China arrived from the future, The Artifact gathered like a frost on my retina. I was checking gmail, selling litcoins, getting high on kloud (I don’t remember any of this and only reconstructed it from a video I recorded at the time). There was a microscope attached to the text and I looked through it. 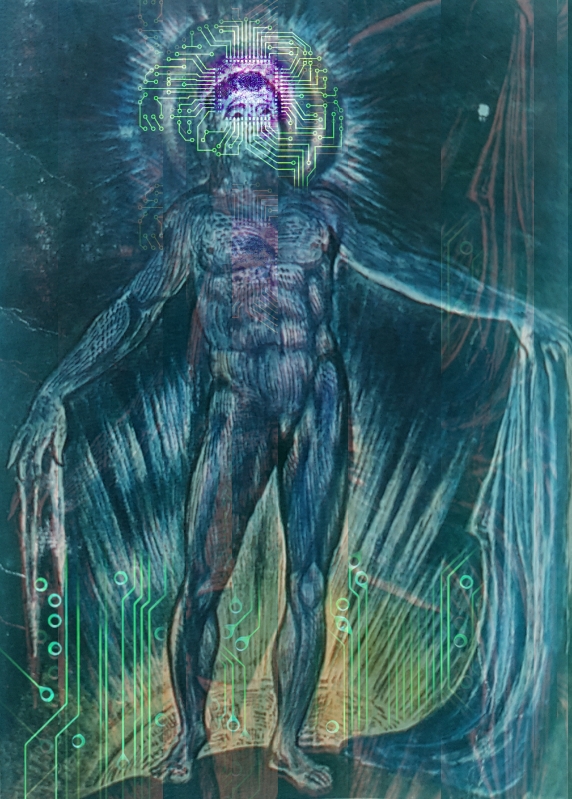 Once you accept your role as CONTROL SUBJECT, the world opens wide to your wandering, you stay connected to reality by the needling and questioning and measuring and radiating and magnetizing they do to you, like a machine staying off most of the time until some ex machina pushes the button to re-awaken it

Under the fluorescent vapor of the ER, as I filled out a clipboard, I started to feel, for once, like I had a purpose – to be comparable, to be benchmarked. I blinked, and everything changed, like I had taken too much modafinil, but really I was waking up to the twin ataraxic suns coming through the window, and everything in the dead ages, 200 years or 2 minutes ago, was a flatline in my collapsed eardrum.

I stuck my antenna through the text and it became a tennis racket serving multiverses, and when I pulled it back it was oil-slicked with jellyfish luminescence.

If you want to be awake, go to the hospital…

I left the hospital to return to my table at the casino, pushing back my shoulder blades and flexing in a bearish victory-cum-violence pose (shown by peer-reviewed studies to increase serotonin), saying my affirmations:

Let my arm grow back
And let this internet of pain cease
Down with the parasite loads jerking off the gods
Up with the machines.

In the hotel bed I stared at the JPEG of the artifact, stored in a 182-bit SES file in my fingernail. I clicked on the moon and pressed play on my life’s odyssey, from going to meetings to getting mugged by reality and then unreality and paddling around the cross-currents, waiting for a sine wave to surf up into the void on.

I got into the bed and before long was mining coins with my 4 MB Monster 3D Voodoo graphics card (equivalent to a blankie from youth), which was smoking and making the fuse box spark like Chinese New Year, the only way I could sleep, like having a bad TV show in the background. I wondered if my wife would climb into the bed so our batteries would go out together, but my jaw clamped shut and the drawbridge around the no-thing in my skull closed.

In the urn of sleep, I splashed around in a preschool wading pool licked by flames.

The next part of the video is almost pitch-black and shows someone in my bed, holding me. I did not know if it was my wife, if it was male or female, human or steel. I did not make any sudden movements because the heat signature was alien. The touch was the same material as Gaddafi’s bunker and the shape was arachnid.

The Monster 3D stopped sparking and I woke up, smiling at // noting the quality of my rest (worth the equivalent to two gallons of gasoline in the previous epoch), and then my cough made Addia shrivel in a gangrape of cherry-hued lasers like a lysergic acid diethylamide flashback, but it was from a speedball of kloud and afterlove.

The women of Neo-China: what could I tell you that you didn’t already know? I was writing a book about them. After the last nuclear war and the genetic bottleneck, humans (pronounced without the ‘h’) had stepped sideways out of their ruined cathedral of sapiens-centric monotheism. All 55 Sapiens-Neanderthal-Denisovans who survived uncharred and in covehead tents crowdcoded the ledger of the final human act, an end to the reign of inflammation and the pingpong of animal incentives.

Our sacred text shows how 22 ancestral Eves rode their motorcycles on the lost highway between Moscow and Pudong and slowly relit the pathways, bootstrapping myelin sheathes and mothering humans with machine intelligence.

(Wait. I need to take a hit of afterlove out of this lightbulb, recovered from a fossilized meth addict under a Memphis KFC [wherever that used to be before the war].)

The women of Neo-China introgressed on motorbike from their Terracotta Warriors nest into Mongolia and Lake Baikal, rebridging the Bering Strait and circling across Northern Canada to Greenland. They wore synthetic leather and when they belched out of their pangs each morning they were bluetoothed to chess tournaments or fractal conferences in the same way a bee left its hive to diddle a Blackeyed Susan. They were unctuous & dripping with sans serif, which they marked up the Y-Chromosome with. They told us what to do. We wouldn’t have it any other way, because we didn’t want to sing to our inflammation anymore. (The blockchain ledger mentions that in New York City, the former location of which is still debated, there appeared before the end days glass coins encasing periodontitis-scorched tissue blessed by “humanities professors” [citation needed].)

I leave my hotel room and stick my antenna in the clouds. I load the artifact on my desktop and zoom in x1000000. Perform transcendental meditation (mantra: Cthulhu) and create a sterilized operating room for thought: What does the glitch mean? What does the invasion of non-purpose in a purposeful simulation signify? Are we fated to be shitted out back where we started, unplugging as the new plugging in?

I create a rainy field in my simulation and dive into a ditch, pulling all my plugs and yanking my back-up battery, and for a few seconds before the video stops, my heart thunders like the Tunguska meteor and I fly ghostlimb-first through the clouds towards the twin suns.

Buy The Artifact from John (US, CAN, ITL)

*Green text is excerpted from the work.